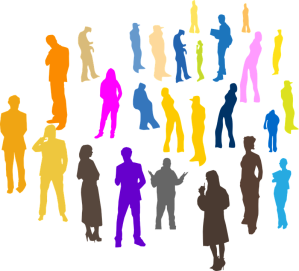 Everybody wants to be accepted for who they really are, not just for what shows on the surface. So, I really don’t want to judge people by appearance, wealth, religion, nationality, or color. And I don’t want people to judge me that way either.

In the parable of the Good Samaritan, we realize Samaritans were not acceptable to Jews. They were seen as people of mixed-pedigree, theologically wrong, and to be avoided.

I have to ask myself who today’s  “Samaritans” are to me? The addicted? The uneducated? The poor? Those of a particular nationality, religion, sexual orientation, or political persuasion?

Then I realize I am a “Samaritan” to some – one who is labelled as “Christian” and understood only by what they think that label means. I don’t want anyone to assume that, because I am a Christian, they know my views on social issues, politics, or science. I am an individual and want to seen as such. I imagine you do, too!

The shock of Jesus’ story was, of all the people passing by, it was the despised Samaritan who stopped to help the wounded Jew. This Samaritan didn’t fit His audience’s preconceived ideas of Samaritans as a group. Some of our present-day “Samaritans” don’t either!

Jesus dealt with people one at a time: The Syro-Phoenician woman, the Jewish leader’s daughter, the rich young ruler, Zaccheus the tax collector, and many others. He listened, touched, and forgave one person at a time, no matter their background. Maybe He expects us to do the same.