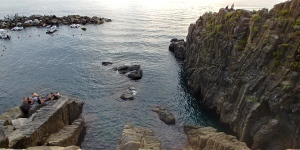 “The God who made the world and everything in it is the Lord of heaven and earth.” – Acts 17:24

There’s a scene from the TV series West Wing in which the US discovers a nuclear explosion in another country. The president meets with the ambassador from that country and is told that it was not nuclear, it was an oil refinery fire. Not true. He gives the littany of evidence of their lack of security, training, and expertise in to be able to handle nuclear weapons and he offers to help. The ambassador says, “We don’t need your help.” The President leaves the room in anger, knowing she’s lying and, in not accepting expert help, is putting the world at risk.

Then I read the prophets of the Old Testament and realize the one thing that seems to make God leave the room in anger is when his people think they don’t need him. “We’ve got it covered, Lord.” And by covered, they mean they are hiding their messes, sweeping the dirt under the rug, putting false fronts on the disasters lurking, and hoping someone (other than God, of course) will step in to save the day.

The messes in our world are big. The messes in many of our lives are big, too. It may be time we admit we’re not doing a very good job of managing things ourselves. Maybe it’s time to turn to God and say, “I need you! I’ve needed you all along, but have been trying to do it on my own. Now look at this mess. Can you, would you, please help me?”

The believing man does not claim to understand. He falls to his knees and whispers, “God.” – A. W. Tozer